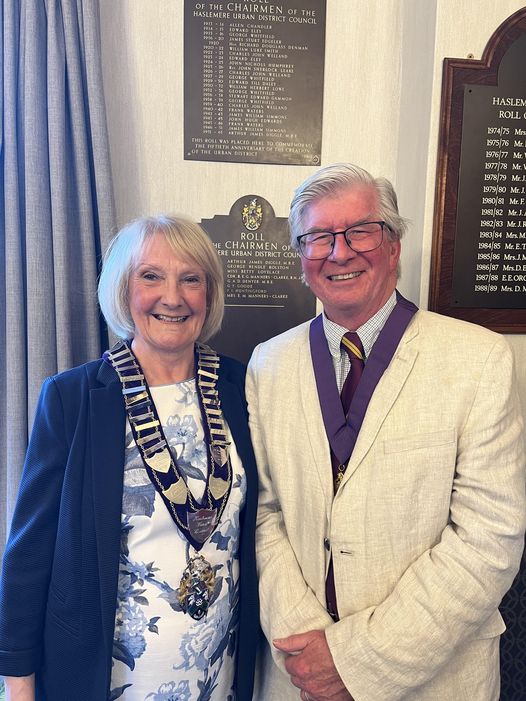 Role: The Mayor of Haslemere, Councillor

Councillor Jacquie Keen was elected as Haslemere’s Town Mayor in May 2022 and will hold the position until May 2023.

The Mayor is Haslemere’s first citizen and chairs the Full Council meetings and represents the town at civic and ceremonial functions.

She acts as an ambassador for Haslemere, promoting and upholding the character of the town, and supporting community groups and projects.

Every year the Mayor chooses a charity for which he/she wishes to raise funds during the mayoral year. This year’s charities chosen by Councillor Jacquie Keen are as follows:

Should you wish to donate funds to the above causes you can do so via your bank (BACS), our details are as follows:

MAYOR’S ATTENDANCE AT AN EVENT

If you would like the Mayor to attend an event please contact the Mayor’s Secretary, once confirmed you will be asked to complete and Engagement Form.

Please also read our Mayor’s Protocol guidance which provides information and guidance on the correct protocol to follow when the Mayor attends your event. This will help to ensure that the occasion runs as smoothly as possible and you get the most out of your time with the Mayor.

The Deputy Mayor for 2022/2023 is Councillor Jerome Davidson

Below is a list of all Mayors from 2000 to the present day.